The garden of Aurillac is still hardly taken care of. However, there is progress in the garden of Saint Simon.

Not much has happened in the garden of Aurillac since 2015. The ivy on the wall didn’t die. On the contrary, it is healthier than a year ago. Roots must be growing between the stones. 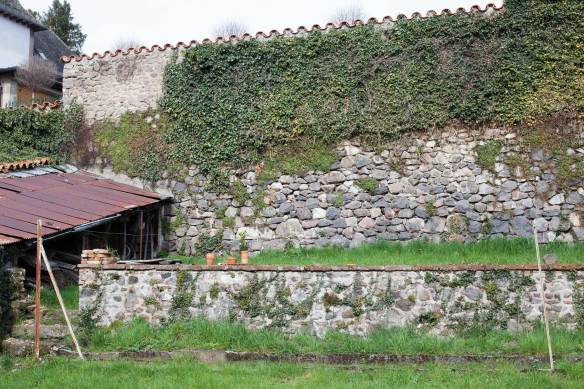 The ivy is greener than ever despite having been cut from its ground roots in autumn 2014. It should have been removed to avoid wall damaging. 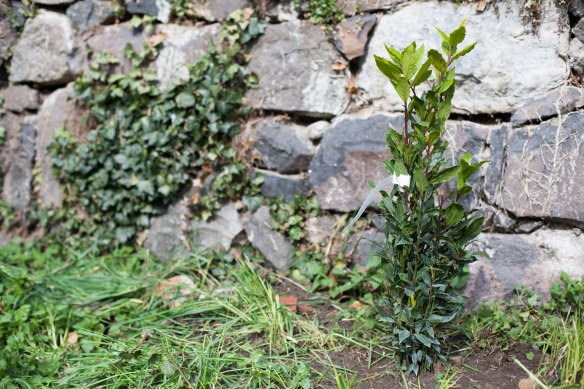 Small consolation: this bay leaf tree, planted this morning at the base of the wall, should grow high and compete with the ivy, while providing a fragrant organic condiment for our kitchen.

Things are better in the garden of Saint Simon. Last week, most of the fruit trees were pruned. The garden carers pruned six apple trees and one pear tree. I observed and discussed with them to improve my own pruning skills and took care of another pear tree by myself, asking for advice from time to time. 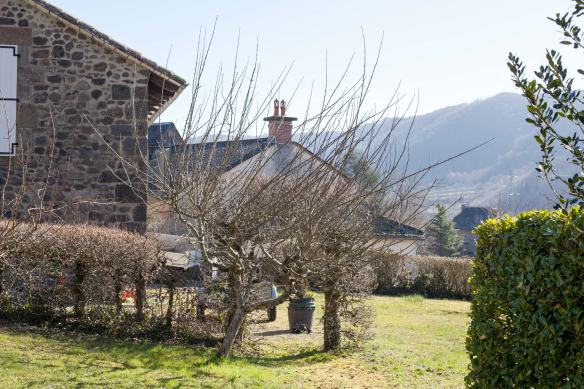 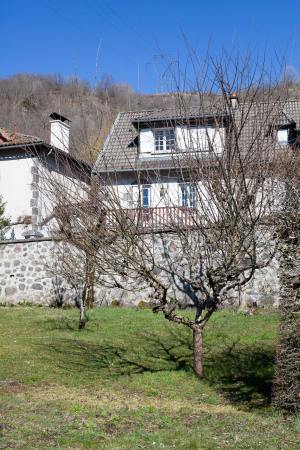 The same tree from another angle.. 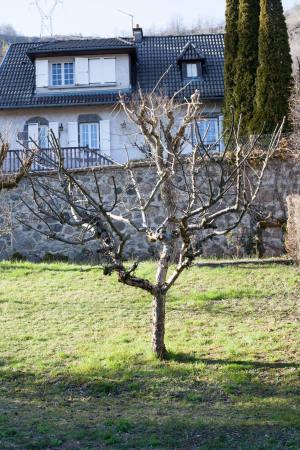 The tree in the afternoon. Eight trees were pruned on that day.

I pruned three more pear trees this weekend. They are very old, and produced very little last year, one of them giving only one pear. However, I had a great time taking care of them and I can see that my skills dramatically improved. We look forward to harvesting at least a few specimens of these old local cultivars this year.

Hopefully, this very slow positive trend in the renovation of the two gardens will continue and accelerate.